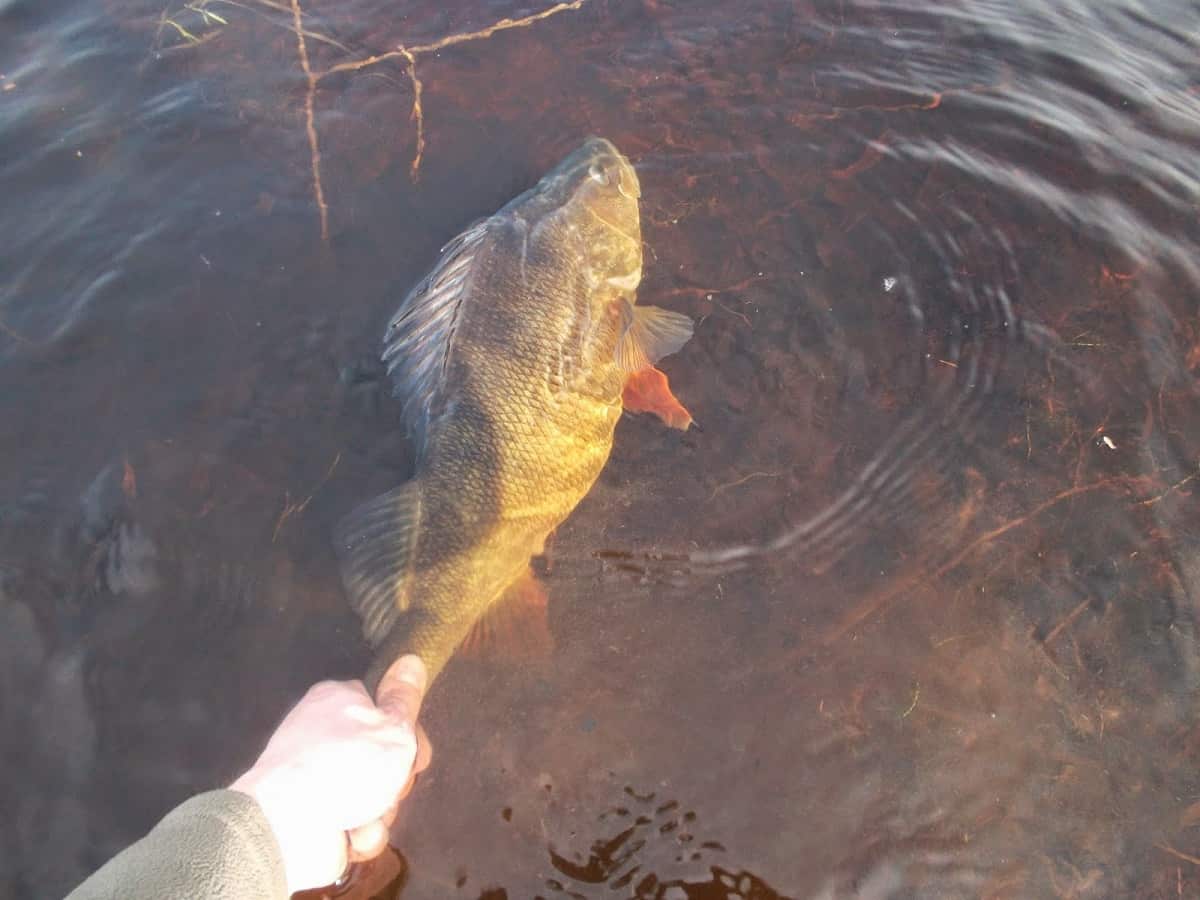 Perch fishing goes hand in hand with an ongoing debate about whether or not you should use a wire trace. So, I decided to write an in-depth article on the heated question: Do you need a wire trace for perch?

In waters that do not contain any pike, you do not need to use a wire trace for perch, as their teeth simply won’t be able to bite through your line. However, if the venue you are fishing for perch in also holds pike, you should always use a thin wire trace in order to protect the fish and save your lures.

This article will tell you exactly when you should use a wire trace for perch and what type of wire is most appropriate for perch fishing. So that you can catch the same amount of perch, even with a wire on!

When Do You Need a Wire Trace for Perch?

While perch have teeth, they are not sharp enough to cut your mainline, which means that it isn’t them you have to worry about. Instead, it is the presence of pike in a venue that forces you to use a wire trace when fishing for perch.

Most perch lures that you will fish with are also very attractive to pike. Even though they are generally smaller than pike lures, any hungry pike in the vicinity will be more than happy to go for that perch lure if it becomes aware of it.

And so, if you are simply using your rather thin monofilament or braided mainline, the risk of a pike biting through the line is rather high.

Pike teeth are extremely sharp and its many rows of small needle-like teeth on the roof of the pike’s mouth will cut through most lines in no time at all!

If there are many pike around, you could end up losing a lot of lures, which will cost you quite a lot of money and drastically reduces the chance of actually catching your target species, the perch.

A very simple, yet highly underrated way of preventing that from happening is to use a very thin and flexible wire trace. Perch will not mind it at all, you can take my word for it! As a bonus, you can be sure to keep all of your lures.

What Is The Best Wire Trace for Perch?

In recent years, ultra-thin and ultra-flexible wire traces have entered the market and become highly popular among predator anglers. When it comes to perch, this is most definitely the type of wire you will want to use!

You shouldn’t just go for the conventional pike wire trace when fishing for perch. Undoubtedly, you will have to go as light and invisible as possible if you want to be able to lure the perch successfully.

In my opinion, this can only be achieved by using a multi-strand steel wire trace.

It’s by far the smoothest, thinnest, most flexible, and abrasion-resistant wire material there is, no doubt about it!

If you want to read even more about the very best multi-strand wire, I have actually written a more in-depth article on the topic: Best Wire Trace for Perch Fishing

I would even go so far as to say that there is almost no difference between a multi-strand trace and a normal fishing line when it comes to visibility and lure action.

It is exactly those factors that are important when fishing for perch. They can be extremely picky and careful and are certainly able to see lines and traces that are too thick underwater.

The one multi-strand wire that I can highly recommend for perch fishing is the Drennan Soft Strand. You will virtually not find any softer or thinner wire that can withstand pike teeth.

You can use it for both lure and dead or live bait fishing, either by using crimps or by directly knotting it to your swivels and hooks (yes, it is that soft and flexible!).

If you want to use the Drennan Soft Strand for your perch fishing, you can find it on Amazon (UK): here

Fluorocarbon vs Wire for Perch

Many anglers prefer fluorocarbon over wire when it comes to perch. And while it is an acceptable option, I would still advise against using fluorocarbon. Here is why:

And so, rather than having to experiment with different fluorocarbon diameters, why not use a wire trace in the first place? In most cases, it’s actually thinner than fluoro and you will not have to worry about pike teeth at all.

When Can You Fish for Perch Without a Wire Trace?

If you are fishing in a venue that holds absolutely no pike, then fishing for perch without a wire trace is absolutely fine.

Of course, it is hard to be absolutely certain that a water is 100% pike-free, and most venues that hold perch will also hold pike.

But if there really isn’t any risk for pike whatsoever, you can simply fish your lure or hook directly on your 8-10lb mainline.

Why Using a Wire Trace for Perch Is So Important

The river I am fishing holds plenty of perch and pike, but still, many anglers refuse to connect a wire trace to their mainline.

The result of that is a substantial amount of lures that end up in the pike mouths. The ones that they are able to shake off end up lying on the bottom of the river instead.

It really doesn’t effect your catch rate at all, and as a bonus, you actually saving some money on lures as well.